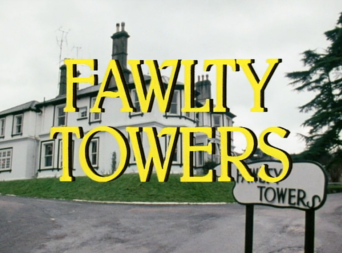 How could a television series consisting of only a dozen episodes make such an impact on both comedy and popular culture? Between 1975 and 1979, John Cleese and Connie Booth created a masterpiece that no other English comedy has topped.

Okay, enough of the intro. We all know how fantastic Fawlty Towers is, but that's not why you're here. The point of this article is to get you access to every episode of this beloved comedy.

Streaming full episodes of Fawlty Towers has never been easier.

Here's what to do– simply install Beebs.

This Google Chrome extension lets users gain direct access to the BBC streaming service from anywhere in the world.

Check-in with Basil Fawlty again. This is how to stream full episodes of Fawlty Towers online:

New and Classic British Comedies to Stream on BBC iPlayer

Box sets of Blackadder series 1-4 can also be found on iPlayer. If we're talking greatest comedies of all time, this is a programme that can certainly stand toe to toe with Fawlty Towers.

Not only did it make Rowan Atkinson a household name, but it also introduced audiences to a whole host of upcoming comedy actors from that immensely talented era.

Looking for a little youthful energy in your comedy? Then check out an episode of Ladhood. Now in its second season, there's plenty to love about this underrated and under-appreciated BBC 3 comedy.

The premise of Ladhood is simple. Liam Williams is searching for answers and bring clarity to his modern life by thinking back to moments in his teenage life. We, the audience, along with older Liam spend each episode in flashbacks following the younger Liam and his friends.