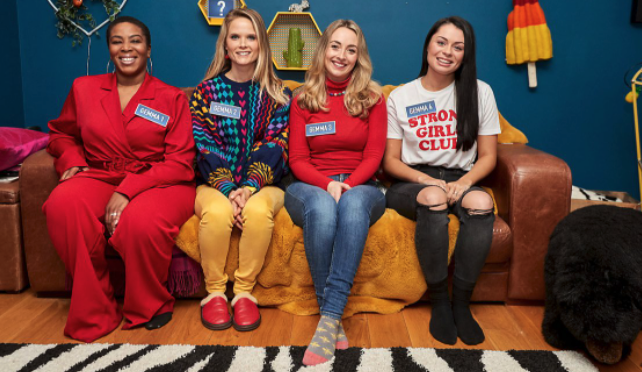 Fake yourself at home. Can the celebrity sleuths nose around and figure out the real owner? This is the reality programme that has got the nation hooked!

The surprise hit BBC One series This Is MY House is back again this year. In its primetime entertainment format, audiences were captivated by the bizarre concept.

The second series of This Is MY House will broadcast on BBC One and BBC iPlayer from 10 June 2022.

By subscribing to Beebs, it’s so easy to gain a full pass to stream every British channel. Picture every TV show, movie, news & current affairs programme, and live sporting at your disposal.

How to watch Episodes of This is MY House UK Series:

That's all you need to do to start streaming new episodes. Just follow the quick steps above plus remember to register to iPlayer.

Trailer for This is MY House Series 2

What's evident in the trailer is that the show runners are leaning right into the absurd humour again in series 2.

What is This is MY House about?

This is not your usual property television programme. This is more like a Taskmaster or Would I Lie to You type show.

Basically, in each episode four people will enter into a home and say, "This is my house". The big catch is that only one of them is really telling the truth. So it is 4 people, 3 fibbers, and 1 house.

Adding a guessing game element to the show is a panel of celebrities. Their task is sussing out which “homeowner” is telling the truth and which are the actors telling fibs.

Who are the Brains Behind the Madness?

The addictive guessing game format was the brainchild of Richard Bacon and Nick Weidenfeld. Both critics and audiences alike were intoxicated by this incredible show.

Few would have guessed this surprisingly brilliant series would not only be a big success for the BBC, but would have already filmed a second series.

The format was also a hit with young viewers especially. They took to social media playing along in their own homes, spurning intense debate the truth behind who was spinning the most convincing lies.

Where to watch This is MY House UK TV series online?

Every episode of the This is MY House is able to be watched online on BBC iPlayer from anywhere. This can be accessed worldwide with Beebs in a couple of clicks.

How many episodes are there of This is MY House season 2?

This is MY House will have a run of ten episodes in an evolved 30-minute format in series 2. All will be available to stream on demand on BBC iPlayer. Gain access to these episodes from abroad using Beebs.