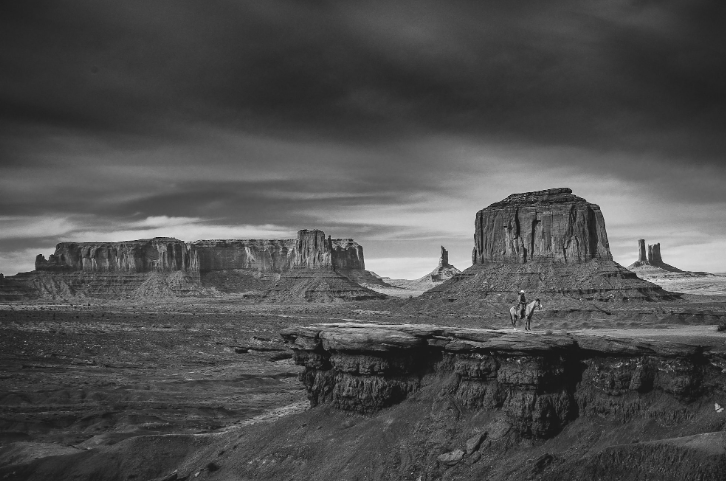 The English is an upcoming Western drama television miniseries that's internationally co-produced by the BBC and Amazon Prime.

Starring Emily Blunt and Chaske Spencer, The English tells the story of how an Englishwoman arrives into the West in 1890 looking for revenge on the man she sees as responsible for the death of her son.

The series will premiere in the United Kingdom on 11 November 2022 on BBC iPlayer and BBC Two.

Follow These Steps to Stream Episodes of The English on BBC iPlayer:

Trailer for The English

A television drama about an English woman travelling to the Wild West to seek revenge for the death of a son is an auto-watch in our eyes. But if the premise of The English wasn't enough alone, be sure to watch the first look trailer below to convince you.

Who is in the Cast?

It’s no earth-shattering statement to say that this television series is on everyone's radar because of Emily Blunt. The actor has starred solely in Hollywood productions for the past two decades, so having her name attached to the project is a big deal.

Emily Blunt will play in the role of Cornelia Locke, the Englishwoman who arrives into the West in 1890 looking for revenge on the man she sees as responsible for her son's death. Securing the actor in the role was an incredible coup for the BBC-Amazon miniseries, and we can't wait to see her on the small screen.

Starring alongside Emily is a long list of fine actors from both the U.K. and across the pond. The cast hailing from the British Isles includes Rafe Spall (The Salisbury Poisonings, Trying) and Ciaran Hinds (Shetland, Justice League), and Toby Jones (Harry Potter series) are just a handful from the incredible cast roll. American actor Chaske Spencer has been confirmed in the role of Eli Whipp.

What is the Storyline of The English?

Written and directed by Hugo Blick, the BBC Two miniseries is set in the mythic mid-American landscape in the year of 1890. The English follows Cornelia Locke, an Englishwoman who arrives into the new and wild landscape of the West to wreak revenge.

The chance meeting of Cornelia and ex-cavalry scout and member of the Pawnee Nation Eli Whipp changes her fortune. They join together and discover a shared history which must be defeated at all costs, if either of them are to survive.

Where can I watch The English TV series online?

The English television miniseries will be available to audiences on the streaming service BBC iPlayer in November 2022. Those living outside the UK can access this service by installing Beebs.

How many episodes will there be of The English?

There will be six episodes which will follow the revenge story of Cornelia Locke played by Emily Blunt.