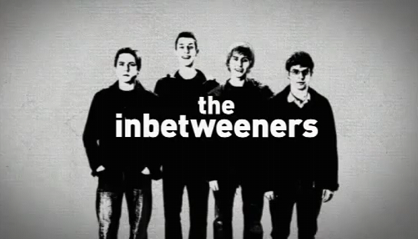 TLDR: With the right tool it's possible to stream full episodes of The Inbetweeners directly on Channel 4. It's called Beebs. This is why we’re here.

Remember when The Inbetweeners first came on our television screens in 2008? It seemed like everyone got caught up in the misadventures of Will, Simon, Neil and Jay at Rudge Park Comprehensive.

Going back and streaming episodes has only confirmed it as a classic. Not only does the show still deliver the laughs, but it's a great a reminder of a time when things seemed a little simpler.

We are here to help you revisit those times. By subscribing to Beebs you'll gain full access to the Channel 4 streaming service so you can watch every single episode of The Inbetweeners from series 1-3.

Once you have Beebs in your browser, Channel 4 is all yours. Plus BBC iPlayer and ITV Hub are also unlocked. Pretty good deal, yeah?

Watch every episode of The Inbetweeners on demand from anywhere abroad. Follow these steps:

3. Then just head over to Channel 4

The Cast of the The Inbetweeners

This is a series that’s easy to watch again and again. Based on the four main characters, the programme involves situations of school life, uncaring school staff, friendship, male bonding, lad culture and adolescent sexuality.

Will McKenzie, played by Simon Bird, is the programme's central character, with his voiceover narrating each episode. Having been transferred from a private school following his parents' divorce, he eventually befriends the others. Will is the most intelligent and studious of the group, but despite his sensible nature often gives in to peer pressure to carry out questionable acts and suffers the most humiliation for it.

Simon Cooper (Joe Thomas) is described as the most normal of the group and who leaves fans feeling sorry for him over. He's the most cynical and hot-headed of the group, being prone to bouts of hysterical swearing at the slightest provocation. His obsession with Carli propels many of his actions. Recently, we've seen Joe Thomas appear on various UK game shows.

Jay Cartwright (James Buckley) is the most immature and arrogant of the boys. He is also the most vulgar and harbours a generally misogynistic outlook. He is obsessed with sex, and is a compulsive liar. Blake Harrison plays Neil Sutherland who is gentle and gullible. And, surprisingly, the most sexually experienced member of the group.

School teacher Mr Phil Gilbert is played by comedy Greg Davies. Mr Gilbert is the head of the sixth form making him the most prominent member of staff the boys interact with. Misanthropic and authoritarian, he has little interest in his work and treats his pupils with ambivalence or disdain. Fans of Davies should be on the look out for his latest project titled The Cleaner, which is coming out soon on BBC One.

Is it possible to stream any of the The Inbetweeners movies?

After the TV series had concluded, we were treated with a cinema experience of the The Inbetweeners. The first movie came out in 2010 with the sequel coming shortly after in 2014.

Other comedies to stream on Channel 4, ITV Hub and BBC iPlayer

Once you've spent a few evenings using Beebs to access as much British content as you please, you'll find it hard to believe there was a time when you didn't have it in your life. You may have spent the first couple of evenings binging your way through episodes of The Inbetweeners on All4, but this is just the tip of the iceberg!

If you’re an English comedy fan, you've got a lot of options out there. We've spent some time checking out the catalogues of BBC iPlayer, ITV and All4, picking out some of our favourites. Check out The 10 best English comedy box sets to watch online in 2021 if you're in the mood for some laughs.