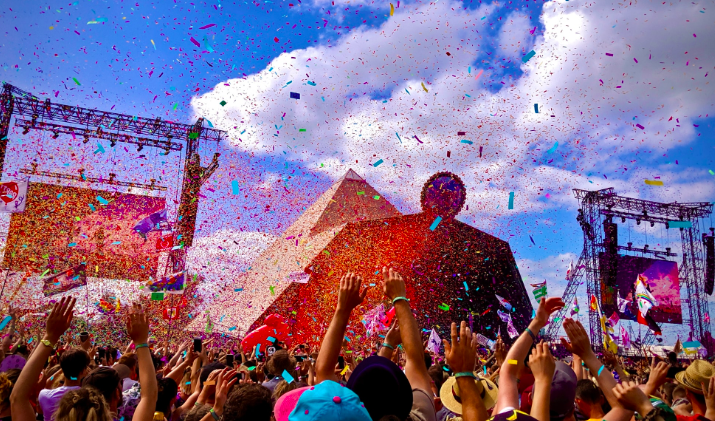 There’s nothing quite like the buzz of a summertime festival, but if you haven’t been able to make it to Glastonbury this year, don’t despair: you can watch all the hottest acts from the comfort of your couch ​​— bucket hat and wellies optional.

When is Glastonbury 2022 taking place?

This year’s festival takes place from Friday 24th to Sunday 26th of June, so buckle up for a weekend jam-packed with the world’s best musical talent. Stream stellar performances, from the Pyramid stage and beyond, live on BBC iPlayer.

The U.K’s most iconic festival, back after a 3 year hiatus, will be broadcast live on BBC One and BBC iPlayer. Those living outside the UK can access this stream with our service.

Stream Glastonbury Festival 2022 on the BBC from abroad:

The three steps above shouldn't take you long at all. All that's left to do is registering with iPlayer and you'll be able to start watching the Glastonbury 2022!

Beyond the festival, Beebs is the easiest and best way to start watching British content from wherever you're based in the world.

Who is performing at Glastonbury 2022?

There’s lots to look forward to this year, with Billie Eilish the first headliner to take the stage on Friday. Sir Paul McCartney follows on Saturday night, with Kendrick Lamar set to headline on Sunday.

Watch the most-anticipated performances of Glastonbury 2022 on BBC iPlayer. Make sure not to miss your favourite acts by checking the official BBC TV schedule.

12am on BBC Three: Sam Fender and Blossoms

7pm on BBC One: Olivia Rodrigo

8pm on BBC Two: HAIM Leon Bridges, and The Avalanches

Where to watch Glastonbury 2022 online?

The best way to watch Glastonbury when abroad is by accessing the BBC iPlayer streaming site. This is possible by installing Beebs. This is a simple Chrome extension that gains users full access in minutes on their devices.

How to watch the Glastonbury Festival in US and Canada?

Glastonbury will be available to audiences on both BBC One and BBC iPlayer in the UK. Those living in the USA and Canada can access the BBC iPlayer stream with Beebs.

What day is Glastonbury on television?

Glastonbury 2022 will be a television event throughout the entire weekend with things kicking off on Friday 24th and going on until Sunday 26th of June. All of which can be streamed by anyone using Beebs. Catch all the live music acts from outside the UK without limits.