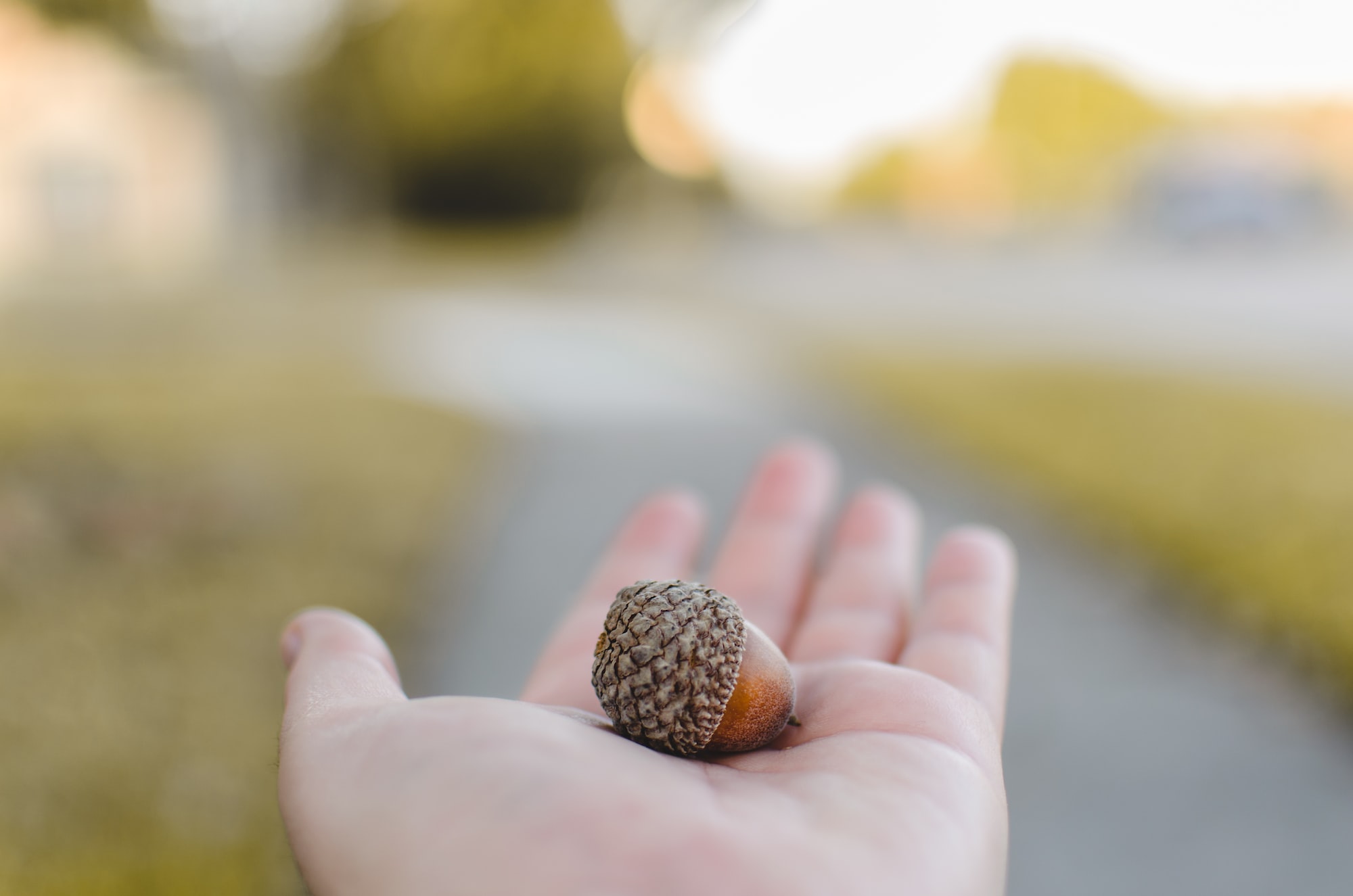 If you're a fan of streaming British television and live in either the United States, Canada, South Africa or Australia, should you subscribe to Britbox or Acorn TV? Let's find out.

As more people have cut the cord and moved away from cable, they've come to realise that they need to subscribe to a number of streaming providers to ensure they can access the content they want. This is especially true for fans of British television.

Britbox has launched as the newest rival to Acorn TV, with both offering access to content from across the pond and beyond. It seems timely, then, to assess the positive and negatives of both Britbox and Acorn TV, and determine if either is worth paying for. We've also added Beebs into the comparison.

TLDR: Get way more with Beebs. Watch unlimited British television from outside the UK

Before we talk more about Britbox and Acorn TV, we have an alternative for you if you want to stream British TV straight away.

Beebs is a Chrome Extension that unblocks every major British TV channel including ITV Hub, BBC iPlayer and All4. You can stream all the new and old British TV like you would if you lived in the United Kingdom.

Which is Better? Britbox vs Acorn TV

For those of you searching for, or re-evaluating your online streaming provider for watching British TV overseas, we’ll be showing you the best platform the web has to offer for accessing BBC iPlayer and more whilst out of the UK.

What you can watch on either of these platforms however, is determined by where precisely you are in the world. For example, if you’re in the US, you can stream Coronation Street via Britbox, if you’re in Canada though, think again. Due to licensing, Britbox can’t offer it to those across the border. Likewise, Acorn TV is only available in a select number of countries, with accessible content changing in each location.

What is Britbox TV and how can I watch it?

Britbox is an online digital video subscription service, operating as a joint venture of the BBC and ITV. The on-demand service offers subscribers the freedom to stream their favourite shows in a number of different ways and is currently supported as:

Unfortunately, Britbox is currently incompatible with the next generation consoles (Playstation 5 and Xbox Series X).

How much does Britbox cost where I live?

Britbox offers a free seven-day trial where you can sign up and enjoy all the British TV you can handle completely free for an entire week. Just remember to cancel your Britbox subscription before the trial period is concluding if you decide the service isn't for you. If you do this, you won't be charged.

Cost of Britbox in the United States of America:

Britbox in the USA offers two options to customers. By signing for the full year, it is possible to save some money which is always a positive.

Cost of Britbox in Canada:

Just like for Britbox USA, there are good deals to be had for yearly subscribers for Britbox in Canada.

Cost of Britbox in Australia:

What British TV shows are available to watch on Britbox TV?

Since Britbox acts as a joint venture between the BBC and ITV, the service boasts an extensive range of British television shows. Those who subscribe can choose from a selection of current and classic boxsets for viewing on-demand. Britbox content includes:

It must be said that the programming on Britbox is lacking when it comes to new content since these shows are released to the BBC iPlayer or ITV Hub platforms first. The big new British shows are distributed to other platforms such as Netflix or Amazon since the BBC and ITV can make more money by offering them out to the market.

A promising aspect of Britbox is that the provider is aiming to commission its own original content. The stream of exclusive content is gaining pace as more subscribe. In 2020, for example, the satire-puppet show Spitting Image was relaunched for a modern audience.

What is Acorn TV and how can I stream it?

Acorn TV has an interesting history, having only recently moving into the on-demand streaming services. Acorn Media Group has distributed British television in the United States since 1994, originally selling VHS tapes before moving into DVDs and Blu-rays.

In 2011, Acorn TV was relaunched as a standalone service with expanded content offerings and monthly and annual Acorn TV subscription options. Acorn TV offers a combination of new and classic mysteries, dramas, comedies, and documentaries. The service licenses content from producers and distributors including ITV, Channel 4, BBC Studios and other smaller media providers.

How much does Acorn TV cost?

The cost of Acorn TV in the United States of America:

The cost of Acorn TV in Canada:

The cost of Acorn TV in Australia:

What TV shows are on Acorn TV?

Acorn TV has been marketed as “Britain and Beyond”. So along with English and Scottish TV shows available to be streamed, you'll also be able to see English-language programming from Australia, New Zealand, Ireland, and Canada.

Acorn TV has a robust library of classic TV shows. Since the series launched a decade ago, those behind Acorn TV have done well to build up a library of critically-acclaimed series and international hits that you can’t find anywhere else. Acorn TV has a rotating roster of shows available, and some of the shows mentioned might not be available to watch in all of Canada, USA or Australia. But certainly, subscribers will be able to find the exclusive content made for Acorn TV.

We must admit that the service has so many juicy dramas to binge, such as Line of Duty, Miss Fisher's Murder Mysteries and the Acorn TV exclusive Agatha Raisin.

Is there a better option to both Britbox and Acorn TV

Forget choosing between Acorn TV or Britbox. Why not just make it easier on yourself and sign up for a singular streaming platform that you can access and watch BBC iPlayer, ITV hub and All 4 wherever and whenever you want?

If you're living outside the UK and are missing classic British TV shows, you might be in the process of researching the best possible streaming platform. You may already be signed up to a platform but want to know if what you’re paying for is indeed the best service you could have.  If you want to access His Dark Materials Series 2, Noughts and Crosses or Match of the Day, you might not be able to find all these great shows all in the once place.

Since British television networks such as the BBC do not offer their on-demand streaming services direct to households outside the UK, big streaming providers such as Netflix, Amazon Prime and Hulu cherry pick the best BBC TV shows. This leaves people with a frustrating experience where they're forced to pay for multiple subscriptions or miss out completely.

Either way, you’ve probably come across the streaming services of BritBox and Acorn TV, both strong forerunners in the provision of British TV to overseas audiences. Which one however, provides the best options for the best price? The answer, I will tell you for free, as we’ll show you in this article is… neither of them!

Beebs is a premium VPN (that’s a premium Virtual Private Network) that allows you to access and stream unlimited content from various platforms from anywhere in the world. As a VPN, Beebs scrambles your true location, making it appear as though you’re in the United Kingdom, so you can watch Coronation Street, Top Gear Series 30, as well as a multitude of other shows whether you’re in the US or in Canada.

We call Beebs a premium UK TV VPN because unlike your typical VPN, which often requires high technical skills for set-up and can threaten the privacy of your device and slow it down, Beebs is a Google Chrome add-on. This means it downloads only to your internet browser, and not your device. The freedom offered by Beebs means you can access the individual webpages of BBC iPlayer, ITV hub and All 4 at your discretion and have the freedom to screen anything and everything these platforms have to offer.

Which is better Acorn TV or Britbox?

Both streaming services stack up against each-other, with each offering a great range of British series. However, those wanting both a mix of new and classic series., it's hard to look past Beebs as a superior alternative.

What is the difference between Britbox and Acorn TV?

Britbox is subscription service that operates as a joint venture of the BBC and ITV. Acorn TV has been in operation since the 1990s and operates independently, sourcing its series from a range of British and international television companies.