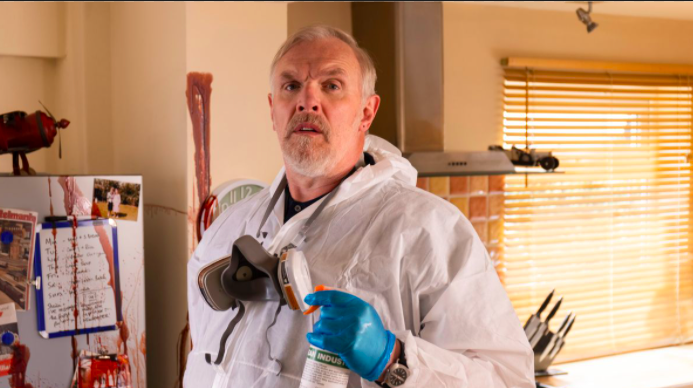 If you're keen to stream The Cleaner on BBC, then Beebs is your best choice.

We've seen plenty of decent dramas from the British broadcasters in the last year. But, let's be honest, there hasn't been too many standout English comedies recently.

Thankfully, the BBC has come to the rescue by announcing a brand new comedy series titled The Cleaner. Starring Greg Davies in the lead, the series is set to premiere on BBC One on 10 September 2021.

It doesn't matter if you're living in the USA, Canada or Australia, we've made it possible stream the BBC from anywhere.

Simply install Beebs and you'll be streaming The Cleaner on BBC iPlayer in no time.

[Step by Step] How to watch The Cleaner on BBC iPlayer:

Even if you're based overseas in the USA, Canada or Australia, this strategy will always work. Happy viewing!

Trailer for The Cleaner on BBC One

The BBC has released an official trailer for The Cleaner to get us all excited about their newest comedy series. Watch below.

Greg Davies, best known for his role in the Channel 4 smash comedy hit The Inbetweeners, plays the lead roll of Paul 'Wicky' Wickstead. His job is being a cleaning technician responsible for the removal of any signs of death from crime scenes.

The sitcom is based on the German comedy Der Tatortreiniger. The cast for  BBC One version of The Cleaner is impressive with comedy legend David Mitchell and Ruth Madeley (Coronation Street) confirmed to feature in the show. Helena Bonham Carter (Harry Potter, Fight Club, plus too many incredible projects to name) will also be starring in an episode.

Best of Greg Davies: The Inbetweeners on All4

Now that we've answered the question of where to watch The Cleaner, how about some more English comedies to keep you all laughing.

Since you've made the wise decision and signed up to Beebs, you've now gained access to watch all the British TV channels. If you flick over to All4, you'll find more of Greg Davies' best work. Scenes in The Inbetweeners are elevated by Davies' energy.

Even if you think you’ve seen enough of The Inbetweeners, watch some episodes again, you’ll find a new reason to laugh. The show is a beloved recent classic for a reason.

Speaking of adaptions. We can certainly recommend the English version of Before We Die, which can be streamed on Channel 4. Smart and truly gripping. The team behind the Channel 4 project have done an incredible job on this localised adaption. Their efforts will impress even the most passionate fans of the original Swedish series.

Where to watch The Cleaner with Greg Davies in Australia?

It's possible to watch The Cleaner series in Australia directly on BBC iPlayer. This is how: Use Chrome browser & install Beebs. Go to the iPlayer site (unlocked by Beebs). That's it! No need to wait for an Australian release.

Where to watch The Cleaner BBC TV series in the US?

Gain quick access to BBC iPlayer to watch The Cleaner with Greg Davies in America. To do this: Use Chrome browser & install Beebs. Go to the BBC iPlayer site (unlocked by Beebs). Once these simple steps are done, you're ready to start watching episodes straight away.