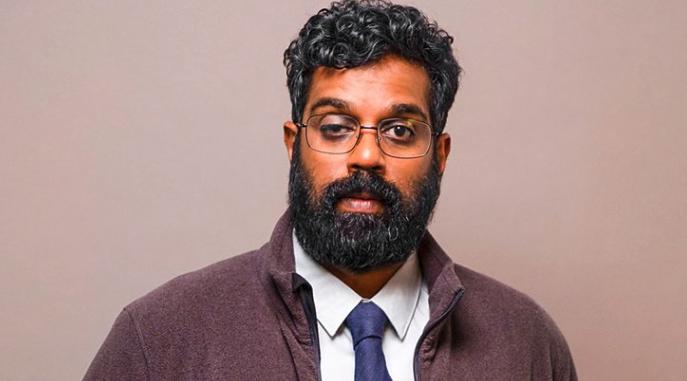 With so many comedies across multiple streaming services, it can be difficult to know what to choose. But any comedy programme with Romesh Ranganathan is always worth it.

The comedian is set to star in a new series called Avoidance. In this warm and bittersweet comedy series about a man with severe conflict avoidance issues who is forced to change for the sake of his son.

The comedy series Avoidance will broadcast on BBC One and BBC iPlayer from 10 June 2022.

If you want to make British comedy series a regular part of  your TV viewing, your best option is to install Beebs.

How to Watch Avoidance on BBC iPlayer from Abroad:

Yes, it really is that simple getting a pass to start watching Avoidance on the BBC online and on demand. Just follow the quick steps above and be sure to register to iPlayer while you're at it.

We've got our hands on the trailer for the upcoming comedy. Watch below.

What is this New TV Comedy About?

Meet the most dysfunctional family man ever. Starring Romesh Ranganathan, Avoidance tells the tale of a married man called Jonathan. He can be described as a conflict-avoidant beta male, who is so frustrating to live.

Because Jonathan is the way he is, all is not well in his married life. In fact, he and his partner Claire are splitting up!

Jonathan is desperate not to tell their son Spencer, so in a desperate attempt to keep the secret, he runs away with him to stay with his sister Danielle and her wife Courtney.

Now, we know what you're thinking. This doesn't sound like the storyline for a comedy. But, it’s funnier than it sounds. Romesh Ranganathan, who co-wrote the series, has said it's supposed to be funny with a bit of heart.

Who is in the Cast and Crew of Avoidance?

Lets meet the cast of the BBC's new comedy. Not only was Romash the co-writer, but he also is credited as co-creator.

Most would know Romash as a guest host of Have I Got News For You, but the comedian-actor is steadily adding to his portfolio. He's been busy away from the cameras, starting his own production company.

Jessica Knappet, who has recently starred in the BBC comedy Ghosts, plays the role of Claire. Her character is not afraid to say and show exactly how she feels.

Mandeep Dhillon plays the sister Dan. Her partner Courtney (played by Lisa McGrillis) is basically a teenager and Dan is the therapist mum. Mandeep is a rising star in the UK starring in After Life and Adult Material amongst other productions.

How to stream episodes of Avoidance comedy series on BBC One?

Those living in the UK can find Avoidance on BBC One. Episodes will also be made available on-demand via BBC iPlayer. International audiences can access iPlayer with a chrome extension called Beebs.

How many episodes are there of Avoidance TV series?

Season one of Avoidance will have 6 episodes which will all be available on BBC iPlayer. Each episode will have a 30 minute run time.